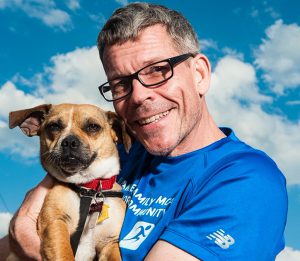 Along came Rusty! Ok, his name was Banjo at the Wake County SPCA, but he and I had a little chat on the fateful April day we adopted him three months after our final farewell to TJ-the-Wonderdog of almost-18-yrs! { My partner had been promised three years of freedom from canines, yet three months was […]